Betty Lugo as New President-Elect of the PRBA 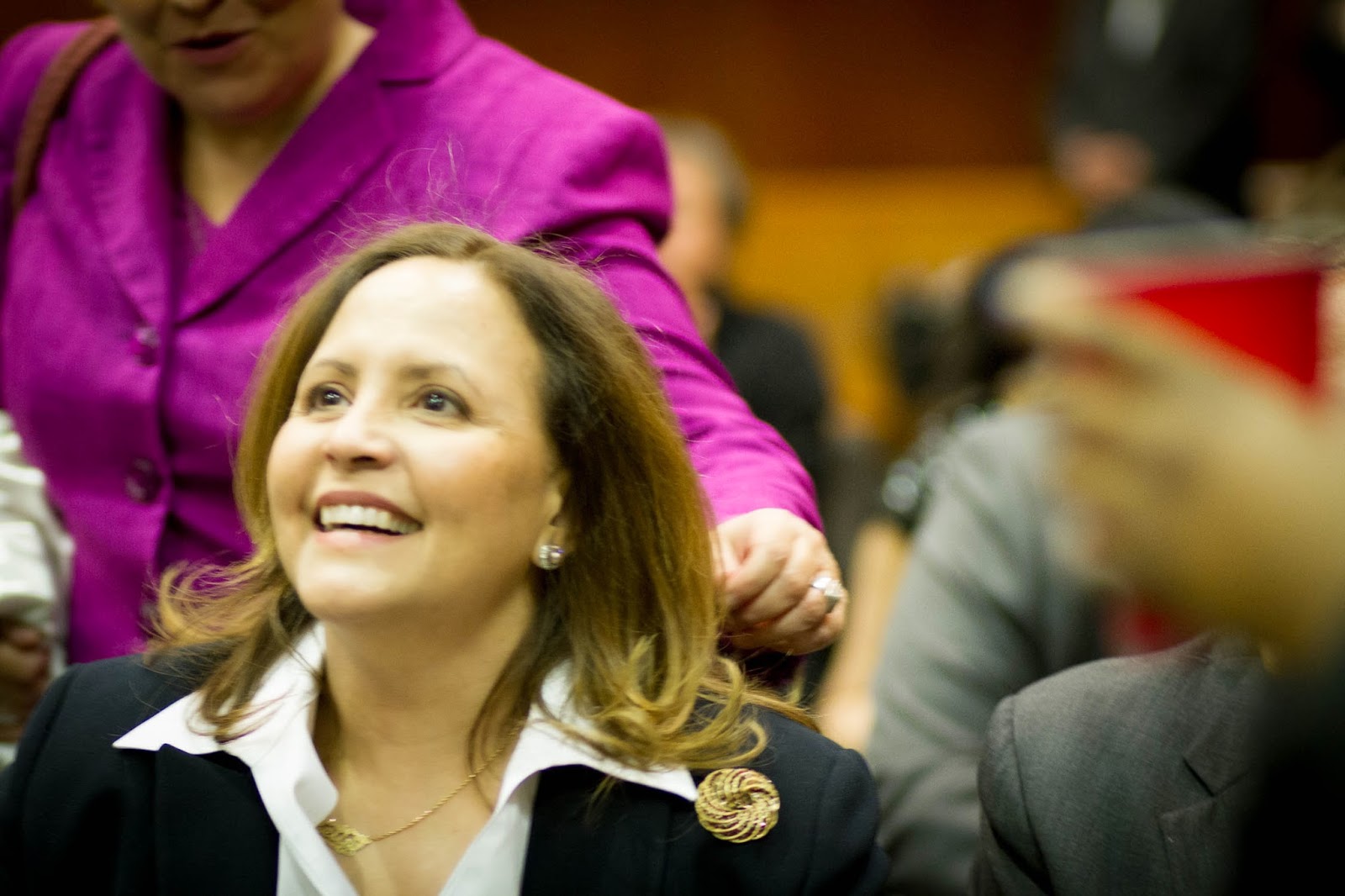 Few would disagree that last week's PRBA general meeting and election is probably the most spirited meeting of any bar association meeting ever! The reason: an election between two very talented and well-respected members running for position of President-Elect. This position means the person has been elected President, but has not taken over the role officially yet.  In the PRBA, the President-Elect takes office the following year.

Before the packed audience of members were to vote for one of their favorite candidates, Betty Lugo or Neysa Alsina, the first order of business was to iron out certain discrepancies concerning the eligibility of voting in the first place.  The current President's, Elba Galvan's, well-crafted words explained to the general members the issue presented with voter eligibility.  A lively debate was had, followed by a vote on the issue and then it was time for the much anticipated candidates' statements.

The two candidates were Neysa Alsina, a dedicated Board member for the last three years, and Betty Lugo the founding partner of the first Hispanic Woman law firm in New York. Betty Lugo won the election as President - Elect.  The true victor however was the Puerto Rican Bar Association as a whole in that through the Board and Officers a technical issue with the by-laws was spotted, debated, creatively solved, and then properly brought to the general membership.

The PRBA has a long history of dealing with tough issues in the Puerto Rican community and the Latino community at large and this shows that the PRBA is in no way slowing down. And with Betty Lugo at the helm, the PRBA will continue with an emphasis on culture.

Affectionately known as "Boricua Betty", Betty Lugo promises to preserve the organization's valiant history, as well as restore and continue cultural programming such as the Three Kings Celebration, observance of Easter week, hiring a live Salsa band for the PRBA gala, and relevant CLE progamming. Lugo also promises to reach out to her connections in the community to increase the PRBA scholarship endowments.  Also she has already began to work towards obtaining a permanent office space for the PRBA.

Lugo's presidency begins next year.  This year the incoming President Carlos Perez-Hall vows to use his presidency to fine tune the by-laws along together with the expertise of the Vice President Ricardo Oquendo and the rest of the newly appointed Officers, who are:

Here are some more pictures of this historic election of the Puerto Rican Bar Association taken by photographer Becky Yee from Around Digital Media.