PRBA Honors Past Presidents of the Puerto Rican Bar Association

The Puerto Rican Bar Association event: Honoring our Ex-Officios As We Lead and Look to the Future was held at Kasowitz, Benson, Torres, & Friedman last week.

Past Presidents of the PRBA were honored.  Judge Eduardo Padro spoke about the history of the legal community and its affects on Puerto Ricans.  He visualized it as a Broadway show with ACTS 1, 2 and 3. Act 1 recalled the past and the dearth of Puerto Ricans in the the practice of law.  Act 2 was about more modern times, culminating with the appointment of Justice Sonia Sotomayor, a former member of the PRBA, to the Supreme Court of the United States.  Act 3, Judge Pardo, said is yet to be written, but offered an aspiring realm of possibilities as to how far we can go!

Judge John Carro as well gave an inspiring speech as he recalled his mother, a "jibarita", who came to New York with a grammar school education.  Calling her his "hero" because she came to this country with so little.  He recalled when the PRBA was only about 30 members and now its close to 3000 members.  He shared that he initially wanted to be a police officer, but there was a height requirement of 5 feet 8 1/2 inches tall, which he did not reach.  Subsequently after becoming a lawyer he went on to sue the police department for the discriminatory practice and ultimately won. Hence, police officers now come in all shapes and sizes.

The evening then ended with presenting the past presidents, "ex-officios", with a small gift.

The evening was also quite appetizing with empanadillas, papas rellenas, and my favorite- platanos with filet mignon.

Present among the Latino legal community was also the ambassador of El Salvador.

Dave Mejias, President of the LIHBA led the event which included short speeches and awards to Latino leaders in the community.

One of those award went to Judge Hector LaSalle, Suffolk County Supreme Court Judge for his efforts with new legal talent and as a Hispanic judicial leader.

Congrats!  It was a wonderful evening!

When President Obama nominated Sonia Sotomayor to the Supreme Court in 2009, the appointment made headlines because of her credentials, including as a federal District Court judge, and her Latino heritage. But equal attention should be paid to the push to fill more than 70 appointment-for-life federal court vacancies in four heavily Latino states.

Federal court judges make decisions that directly impact the lives of Latinos, said Thomas Saenz, president and general counsel of the Mexican American Legal Defense and Educational Fund, during an event in Washington on the 2012 election and the Latino workforce.

Some of the vacancies are in states where Latinos make up nearly a third of the population, such as Texas (38 percent) and Arizona (30 percent). Nevada's population is 27 percent Latino, and Colorado's is 20 percent.

President Obama has tapped U.S. Sentencing Commission member Ketanji Brown Jackson. The nomination is notable because, if confirmed, Jackson would become only the second African American woman to serve as a full judge on the U.S. District Court for the District of Columbia, and would be the first to be robed in more than 30 years.

It’s a stunning demographic deficiency in a city where a quarter of the population — more than 150,000 — are black women.

President Obama has sent to the Senate the nomination of Judge Nelson Roman for a Federal judgeship.  Judge Nelson Roman worked his way up from a New York City police officer, to a prosecutor, to a judge, and is currently sitting as a judge in New York State Appellate Court

According to U.S. Senator Charles Schumer:
Judge Roman "has deep roots in the Puerto Rican community in New York and has served at all levels of law enforcement, starting as a police officer and working his way all the way up to the Appellate Division.  Justice Roman perfectly fulfills the criteria I use for judges- excellence, diversity and moderation.
-newyorklawjournal.com

According to Juan Cartagena, President of LatinoJustice PRLDEF:
Judge Nelson Roman's "appointment to the federal bench would further integrate a court in need of diversity... Its time to recognize that the Constitution has a place in the debate over stop and frisk. (referring to Judge Roman's ruling on a stop and risk case where evidence of a gun was suppressed due to an illegal search"
-latinojustice.org

“I am pleased to nominate these distinguished individuals to serve on the United States District Court bench,” said President Obama.  “I am confident they will serve the American people with integrity and a steadfast commitment to justice.”

Ketanji Brown Jackson:  Nominee for the United States District Court for the District of Columbia

Judge Nelson Stephen Román has been an Associate Justice of the First Appellate Division of the New York State Supreme Court since 2009.  Previously, he served as a Justice of the New York Supreme Court in Bronx County, where he handled civil matters from 2003 to 2009.  For four years, Judge Román was a judge on the New York City Civil Court, handling civil matter from 2001 to 2002 and housing cases from 1998 to 2000.  He clerked for the Honorable Jose A. Padilla, Jr. of the New York City Civil Court from 1995 to 1998.  From 1989 to 1995, Judge Román served as an Assistant District Attorney in both Brooklyn and Manhattan.  Prior to receiving his J.D. in 1989 from Brooklyn Law School, Judge Román worked as a police officer in New York City for seven years.  He received his B.A. from Fordham University in 1984.

T&U right on your phone 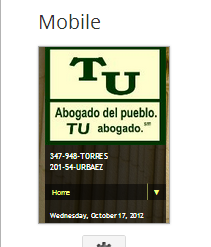 The Torres and Urbaez website has a cell phone format.  YUP.

T&U  right on your phone. 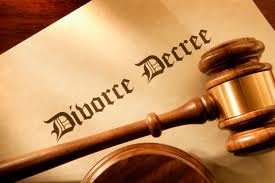 Uncontested divorce with no children and no property

Certain restrictions apply*:
This special is for divorces in which there are:
1. NO children
2. NO property of any kind - NONE- even if you are in agreement
3. BOTH parties will sign together at the office.

If you're situation does not satisfy all 3, then the price is higher.
Please call about your specific divorce needs for a quote.
The quote usually may be done over the phone.  For more complex cases a consultation is necessary.  The consultation fee is $50.

Our Facebook page is now updated with a cover photo and a few posts and we are ready to start connecting on facebook! 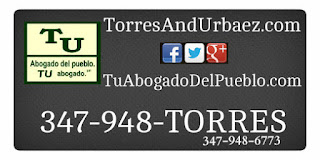 Just updated the new cover photo on the new twitter page and a custom background image and everything!

https://twitter.com/torresandurbaez
at 1:34:00 PM No comments:

Trailblazers: Their Journey, Their Story


The panel of four speakers were moderated by El Diario La Prensa's Rosana Rosado were: 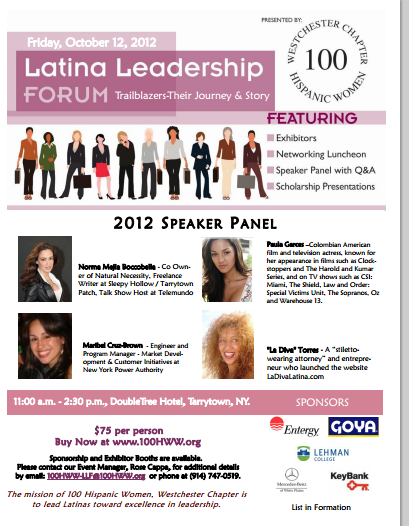 The Latina Leadership Forum is an annual event comprised of several educational forums designed to inspire and challenge women of all ages to maximize their strengths and achieve their leadership potential.

The panel of four speakers were moderated by El Diario La Prensa's Rosana Rosado were:

check out the new attorney's bios! 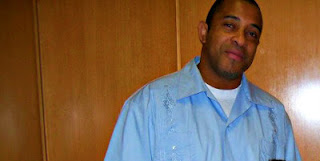 just set up the BIOs page.

This is going to be BIG!