SCOTUS to re-examine the Voting Rights Act of 1965

The Supreme Court of the United States has agreed to hear arguments as to whether provisions of the Voting Rights Act of 1965 should still stand. 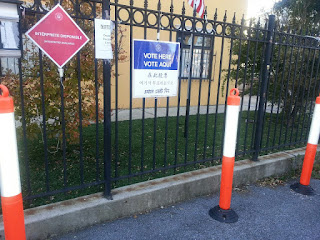 Those that say the Voting Rights Act of 1965 is now unconstitutional say that this is a different America since 1965.

Those that say the Voting Rights Act of 1965 is very much still needed in the USA and point to recent voter suppression such as when the Justice Department had to step in block voter ID laws in South Carolina and Texas, as well as a


redistricting plan in Texas that a federal court found discriminated against the state's large and growing Hispanic population.

"[The Presidential] election results also provide an interesting backdrop for the court's action. Americans re-elected the nation's first African-American president. Exit polls across the country indicated Obama won the votes of more than 70 percent of Hispanics and more than 90 percent of blacks. In Alabama, however, the exit polls showed Obama won only about 15 percent of the state's white voters. In neighboring Mississippi, the numbers were even smaller..."

The US may have re-elected its first African-American president, but the votes were very much divided. Just looking at the voting stats it seems that America still needs the Voting Rights Act of 1965.